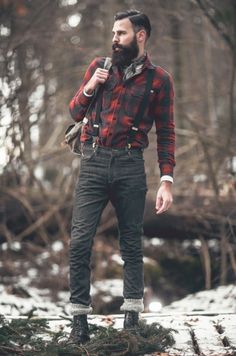 “I think Joe is going to visit our bible study on Wednesday,” Cindy told me, her facial expression carefully neutral. She didn’t want to influence me one way or another.

“Oh really? That’s great!” I told her, unsure of my own feelings on the matter. I’d met Joe a few weeks earlier at a worship night Cindy had hosted at her house. The two of them had been friends for years, and Cindy had not-so-subtly pointed him out to me as a potential prospect once I finished my break from dating.

Joe had made quite an impression on me at the time. Cindy knew my type well. Over six feet tall with broad shoulders and a full beard, all Joe needed was a flannel shirt to make him look like a genuine lumberjack. Cindy had shared with me that Joe went to college at one of the US military academies, which made him all the more attractive to me.

As we sang worship songs together that evening in early March, I’d discovered that Joe not only played guitar expertly, but he also had a lovely baritone voice. He and I harmonized well, and I’d had to close my eyes to focus on the lyrics of the praise songs and keep my heart in check.

Later that evening, Joe had walked in on Cindy and me in full-on “girl talk” mode. We’d been chattering away about him, so we fell instantly silent and then erupted into giggles when he unexpectedly entered the room. He’d just smiled and turned back around, but later he’d asked Cindy for my phone number. After getting permission from me, Cindy sent him my contact information, and Joe had started calling me every other day.

During our phone conversations, I found Joe to be intelligent and academic. He was a deep thinker, and I enjoyed our mental sparring about theology, politics, sociology and all manner of other topics. But I also discovered that Joe had never finished at the Air Force Academy; he’d dropped out after two years. He didn’t have a college degree and had taken a job at the family A/C business. Upon examining my feelings about his lack of degree, I realized it wasn’t his lack of college education that bothered me; it was his lack of ambition. He’d dropped out of school and didn’t seem to have the drive to make his own way in the world.

Joe also shared with me that he’d grown up in a broken family. His mom left his dad for another woman when he was only five years old. He’d grown up with the lesbian couple and was home schooled most of his life. That explained to me something I’d been wondering about – Joe was built like an ox but, candidly, displayed some effeminate tendencies and also seemed a bit socially awkward in groups. I soon learned that Joe had never had a girlfriend, never been kissed and never even been on a date. He is 29 years old.

I wanted to like Joe. I really did. He is a smart, attractive, godly man. He genuinely loves the Lord and is very intelligent and articulate; insightful in an academic sense if not perceptive in a social one. But the chemistry wasn’t there for me. That intangible, indescribable personality spark that came so easily with Seth just didn’t manifest with Joe, and that wasn’t something I could help.

I knew I needed to let Joe down, but I wanted to do it in person, so if he came on Wednesday night as Cindy suspected, I figured we could have the conversation then. What I hadn’t accounted for was that Seth would also visit our group that week. So on that Wednesday night at the end of March – still in the midst of my fast from dating – I found myself at bible study with both Seth and Joe.

At the end of our lively group discussion about the deity of Jesus, everyone stood and organically clustered into groups, catching up and socializing before saying goodbye for the night. I found Seth by my side at the end of bible study, and he told me with a smile, “I have something for you.”

“I’m leaving for the ranch tomorrow. I’ll be gone for two weeks working the land, but I brought you kumquats to enjoy in the meantime. I picked them from a tree in my backyard.”

“Kumquats? What are those?” I was sad Seth would be gone for so long, but I was glad he’d brought something for me to remember him by while he was away.

Seth smiled at me affectionately and gave a low chuckle. “Yep, you’re my little peach.”

Just then, a group of girls joined us, so Seth excused himself, calling to me as he retreated that I should stop by his truck before I left so he could give me the kumquats he’d brought.

I chatted for a few minutes with Rachel and some other girls before looking around for Seth. He was already standing at his truck, driver door propped open, watching me from afar. “Oh! I’d better go!” I told the girls.

But Joe was waiting for me. I hadn’t seen him standing off to the side until he marched to my side with gusto, obviously intent on walking me to my car. Heart sinking, I realized that I’d parked just beyond Seth’s truck, so Joe – hand on my elbow – was escorting me on a path to walk right past Seth on the way to my car.

Starting to panic – wondering how to navigate the situation – I tried to tell Joe I needed a minute, but he was prattling on about his intentions to pursue a godly relationship with me, oblivious to my attempts to interject, both to tell him I didn’t feel we had chemistry and to explain that I needed to stop and say goodnight to Seth.

The old truck loomed nearer, and soon we were beside it, Seth watching me from his back-lit stance beside his driver seat and Joe still confessing how he felt about me. Frustrated and desperate, I put my hand on Joe’s arm to stop him, finally talking over him by way of interruption, “Hold that thought.”

I turned to Seth with a forced smile and said, “You have something for me?”

Knowing that Seth was leaving for the ranch in the morning – knowing that I wouldn’t see him for two weeks – I really wanted some alone time with him to talk and have a quiet moment to say goodbye. But I could sense Joe’s presence lurking behind me as I studied the tanned face. I couldn’t read Seth’s expression, partly because he was back-lit and partly because he schooled his features. I could only guess what he must be thinking.

Seth extended a plastic grocery bag to me, reaching in as he did so to pull out a small, oblong, orange fruit. “This is a kumquat,” he told me, turning it over in his hand.

Joe stepped closer to examine the fruit, and Seth pulled out a kumquat for Joe as well. The men shook hands and introduced one another. Seth was gracious, commenting kindly, “Ah, I see you’ve got dirt under your fingernails. My dad always told me never to trust a man with clean cuticles.” They laughed together, and I stood in bewilderment at their camaraderie.

Seth had planned to show me how to eat a kumquat, biting off the end and sucking out the meat, mindful of the seeds. He showed Joe as well, and the three of us – not exactly what he’d had in mind, I’d wager – stood outside of Seth’s truck, talking quietly into the darkness and eating kumquats under the partially-visible stars.

After several minutes, Seth seemed to concede that Joe wasn’t going to take the hint to leave. Joe’s delighted, bearded face showed no sign of awareness that he was trespassing on what was intended to be an intimate farewell, so Seth excused himself, giving each of us a cluster of kumquats before climbing into his truck and driving away.

I watched his taillights fade into the distance, my ears only partly registering Joe’s commentary on what a great guy Seth seems to be, the lumberjack’s voice garbled by the fruit in his mouth. Stuffing down my irritation, I allowed Joe to walk me the rest of the way to my car, where we stood and talked for only another couple of minutes before he bid me goodnight.

Feigning calm until he was out of sight, I jumped in my car, started the engine and dialed Seth. When he answered, the low rumbling of his chuckle made my stomach somersault. “Well you’re a hot commodity, aren’t you?”