Have y’all seen that show Fixer Upper? It’s about this adorable couple Chip and Joanna Gaines who buy questionable houses in great neighborhoods and flip them, transforming them into dream homes within the budgets of their clientele.

Fixer Upper has been on HDTV for three years, but as a solely Netflix girl myself, I’m a little late to the house flipping party. But now that it’s on Netflix, I’m watching and loving it. Who doesn’t love a good before & after story?

While watching an episode last night, it occurred to me that this week (fraught with the stress of almost-swimsuit-season) I have been brainstorming how to do a fixer upper on myself. Oh, this body has so much potential. If only we could fix this here and update that there… Yes, gentlemen, that’s generally how the female mind works. Our bodies are perpetually a canvas; a project; a fixer upper just begging for updating.

I made the mistake of trying on swimsuits yesterday. That was really the impetus for this whole concept of transforming myself through my very own personal fixer upper. I have estimated my costs as follows: 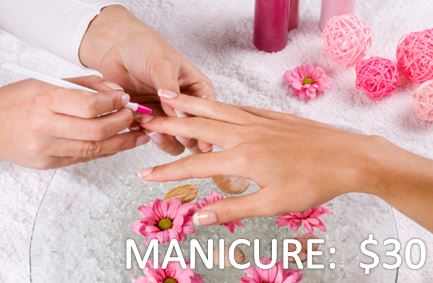 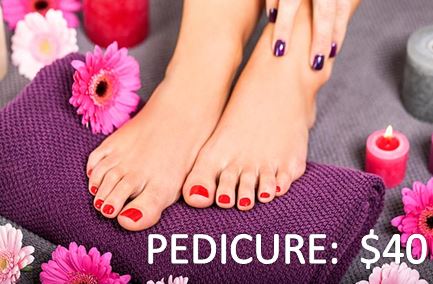 In these house flipping shows, there’s always a budget crunch, so when I was considering the slush portion of this month’s budget ($300), I decided to pluck my own eyebrows instead of having them threaded. I’ll also shave my own legs instead of having them waxed. Together, that should save me about $60 and keep me within budget.

Then there’s always some disaster – some unexpected expense, like foundation or electrical issues. In my case, it was realizing that even the cutest clothes Stitch Fix has to offer can’t fix up this body until I shed some tonnage. I’d like to lose about six pounds in the next three weeks, but there is a cost associated with losing two pounds per week. The weekly cost?

Spending $300 on a spa day and new clothes? Sign me up. But depriving my body of delicious cookies AND sweating it out at the gym?! That may be more than my personal budget can handle. I was okay with all of the other expenses, but this last one – the unexpected disaster that is those six extra pounds on my hips – may do us in. Looks like this Flip may turn out to be a Flop!

P.S. Handy as he is, Seth almost took a job as a general contractor for a custom homes business earlier this year. I’ve decided that we need to get married STAT and start flipping houses. We’d be even more adorable than Chip and Jojo.

(P.P.S. Seth, if you’ve found my blog by now, I’m just kidding about getting married stat. I’m not envisioning myself in a white dress by Christmas. Please don’t freak out and break up with me on Monday. xoxo)

I spend entirely too much money on coffee. A year ago, I spent an average of $20/month on coffee. These days, it’s four times that amount. I know this because, in addition to being a voracious coffee drinker, I am also a nerd who maintains a monthly personal expense report.

I am not so basic as to spend all my coffee budget on Starbucks every month. It’s true that many a business meeting takes place over a cup of Starbucks coffee, but as much as I can, I like to get my lattes from Black Gold Coffee, a hole-in-the-wall coffee shop with a hipster vibe.

Black Gold is nestled between a couple of boutiques on a tree-lined historic avenue in a run-down part of town in the process of being gentrified. The artwork on the walls of the coffee shop is always changing as local artists take their turns displaying their latest masterpieces for sale.

About a month ago, after placing my order with a Black Gold barista, I perched on a bar stool while waiting for my iced latte. An attractive brunette gentleman sat a couple of seats down, clicking away on his laptop where I could see that he was editing photos. “Are you a Canon or Nikon man?” I asked him, striking up a conversation. Daniel, as he introduced himself, is a Canon photographer as well as an aspiring writer.

Daniel and I spoke for a few minutes while I waited for my coffee. When it arrived in all its caffeinated goodness, I started to bid Daniel adieu, but he stopped me and asked if he could take me on a date sometime. Surprised that this soft-spoken poetic man would also be so courageous, I smiled and thanked him but explained that I am fasting from dating for a while. I left and thought nothing more of the conversation.

A few days later found me back at Black Gold, this time sipping a hot milk-and-honey latte while reading a book. When the sound of laughter permeated my internal movie scene as I lived my book along with its characters, I glanced up from the worn pages to see a Boromir look-alike standing a few tables away. I went back to my book, but as I got up to leave a while later, I stopped by Boromir’s table and asked, “Has anyone ever told you that you look just like -”

“Sean Bean,” he finished the sentence for me, naming the actor who played the red-headed friend of Frodo in The Lord of the Rings movies.

“Oh. I guess so,” I laughed, embarrassed. But the doppelganger struck up a friendly conversation with me, and I found out that he was yet another photographer. Boromir (real name Simon) was working on his macro photography, and he invited me to join him shooting butterflies at a local arboretum later that week. I’d been wanting to work on my own macro game, so I enthusiastically agreed.

Simon and I had a great time shooting butterflies that weekend, but it was soon evident that he was romantically interested in me, so when we went out for dinner after the photo shoot, I figured it was time for me to set him straight on my intentions. I let Simon pick the restaurant, and to my relief, he picked a casual burger joint.

Simon and I were laughing when we walked into the mom-and-pop restaurant, but I stopped mid-giggle when I looked up to see Daniel standing behind the cash register. How must this look to Daniel? Just a week ago, I turned down his offer of a date, telling him that I’m not dating right now. And here I am, walking into a restaurant – a restaurant he apparently works at! – laughing with another man. This totally looks like a date. He’s going to think I lied. He’s going to think I made up some excuse. I need to find a way to explain myself!

Simon saw my reaction and asked, “Oh, you know Daniel?”

My eyes widened. “YOU know Daniel?!”

Simon nodded, misreading my expression. “Yeah, we’re really good friends. That’s why I picked this place. I eat here all the time. Daniel and I go shooting together sometimes; then sit and edit our photos together at Black Gold.”

Fortunately, I have lots of experience explaining myself and disentangling myself from the ridiculous messes I seem to unintentionally create. So I told Simon I wasn’t interested, that I was fasting from dating, that Daniel had asked me out, and that Daniel was probably misinterpreting our hamburger hangout. Simon was understanding, agreed to set Daniel straight on what was happening, and we’ve all actually managed to stay friends and gone shooting again since then. Victory.

About a week after the photography almost-fiasco, I caught Ashley up on my non-love life. She goes to Black Gold even more often than I do, so she knows all the baristas and frequent patrons. When she heard about Simon, she asked, “Is he the one who sits in the back corner most mornings?”

“No… he’s usually there in the evening.” I showed her a photo of Simon, and she laughed.

“He looks just like the early morning barista!” Ashley and I can be creepy together, embracing the Facebook-stalking culture of our generation, so she pulled up a picture of another man who looked remarkably like Simon, which is weird since Simon is a long-haired red-headed man in a fairly conservative city.

“It’s Boromir #2!!!” we cried together, erupting into laughter.

Ironically (or predictably, since it is my life, after all), Simon sent me a text the very next day asking what I thought of Donny. “Donny? Who is Donny?” I texted back.

Simon sent me a photo of Boromir #2 sitting with his hands wrapped around a latte. Of course. Of course Boromir #1 (Simon) knows Boromir #2 (Donny).

“I don’t know,” I typed back. “I’ve never had a real conversation with him.”

“He says he tried to ask you out one time,” Simon wrote back.

“Yeah, he saw me with you the other day at Black Gold and asked if we were dating. He said one time when you were ordering a drink, he tried to ask you out.”

“Well he must have been very subtle, because I have no recollection of any attempt on his part to ask me out.”

Sweet, poetic Daniel must have gotten all the boldness in this group of friends. He stated his intentions of asking me on a date within five minutes of meeting me. Simon tried a sneak-a-date, and Donny was so shy and subtle that I completely missed his come-on.

I know it’s bad form to date best friends, but what about unintentionally non-dating three guys who you didn’t know were friends?!

Welcome to my life.