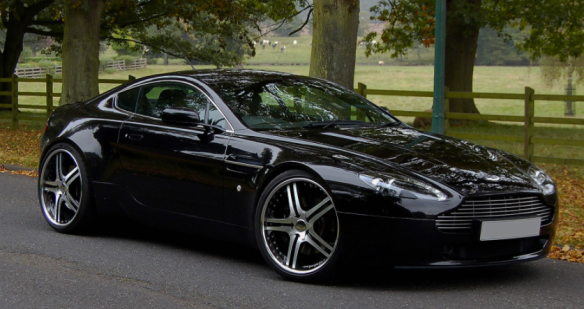 Last night, Bryan left his pickup truck at home and picked me up in his Aston Martin instead. Apparently his third vehicle is a motorcycle. I haven’t seen that one yet.

He is a 36-year-old electrical engineer who is getting ready to retire. He has spent the last decade traveling the world as an engineering consultant and project manager. He’s lived in London, Paris, Nigeria, South Korea, Qatar, Iran and multiple states across the US. The result? He speaks four languages, is worldly wise, and has had a lucrative enough career to retire before age 40.

Bryan sees every emotion that flashes across my face. He doesn’t think I’m stoic. When I told him that I am often perceived as having a stoic persona, he actually laughed out loud. I had to remind him that not everyone is as perceptive as he is.

In his retirement, Bryan plans to write memoirs of his international adventures, publish a photo book, do long-term mission work in Haiti and work on his golf game. Like me, Bryan gets bored easily, so he is always looking for his next adventure. It sounds like he’s never in the same place for long, which makes him a very interesting date and conversation partner, but perhaps not such a great husband or father of my children.

I still haven’t decided if I’m romantically interested in Bryan. He’s a good looking guy. He’s physically fit (just finished a Triathlon) and wealthy (retiring before age 40). We met at church, and he’s a godly man with strong family values and good work/life balance despite being so wildly successful in his career. He’s brilliant and perceptive and interesting and adventurous.

He ended his last text to me with Bisou, which is French for kiss. It is “a warmer, more playful, and more familiar version of bise. It can refer to a kiss on the cheek or on the lips, so may be used when talking to lovers and platonic friends.” 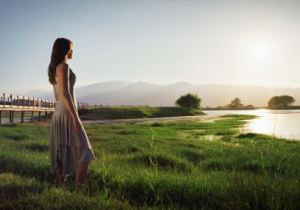 I think I need to ask myself two key questions:

Many of us have been wounded by organized religion. Many of us have been hurt, insulted and offended by the Christian church. And as a result, many of us carry bitterness toward pastors, elders, bible study leaders and other fellow Christians. I count myself among those who have spent the past several months angry with God, largely because I am angry with His people.

In the midst of my depression, my most recent bible study leader told me that she wasn’t sure I was really a Christian. “You have a lot of head knowledge about God, but you don’t seem to have ‘heart’ knowledge. If you really believed that God is good and sovereign like you claim to believe, you wouldn’t still be depressed.”  Psalm 42, lady. Our emotions don’t always follow the rationale of our minds.

And then there are those Christians who try to guilt you into changing your attitude (you think I want to feel this way?) by asking you in a sickeningly sweet and often condescending voice, “Aurora, what would Jesus do?” Clearly they have forgotten that flipping over tables and chasing people with a whip is within the realm of possibilities. 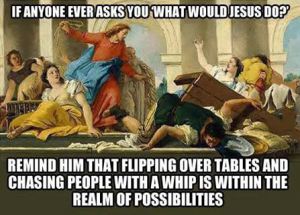 Past church leadership wouldn’t allow me to sing in the choir because I hadn’t been baptized by immersion as an adult. After confirming that they don’t believe baptism is necessary for salvation, I retorted, “So I can be a member of the Kingdom of Heaven but not a member of your church choir?” They had no response, but I still wasn’t permitted to participate.

Since my broken engagement, I have visited three different churches. One was comprised almost exclusively of married couples. One had the compassionless bible study leader mentioned above. And at the third, I was invisible; no one noticed if I came or not on a given Sunday. So I have largely stopped going to church. I know deep down that it’s not a long term solution, but I haven’t been able to bring myself to suffer the throes of organized religion again just yet.

As hurtful as the church can be, I know that staying away because I’ve been hurt is a false excuse because people are messy, and pain is inevitable. Churches are filled with sinful, fallen, broken people because we are all sinful, fallen, broken people. The very message of the Gospel of Jesus Christ is that you don’t have to clean yourself up before you come to Him; He meets us right where we are, in the midst of all our mess.

I believe that we were created for fellowship. I believe that Satan wants to isolate us. I believe that lies become louder and bitterness becomes more deeply entrenched the longer we withdraw from community. So I have known all along that I would return to church services someday. I have just been taking my time, nursing my wounds. And today, God sent someone to tap me on the shoulder, saying it’s time to get involved again. I know it was God tapping me on the shoulder, because it was a Muslim inviting me to a Christian church.

Alim was born in Iran (no surprise, given that I am a Middle Eastern magnet) and moved to Canada as a boy. He recently came to the United States for a job at the same company where I work, and he and I have run into each other at a couple of networking events in the past, although I never seem to remember his name. He saw me in the cafeteria this afternoon and came over to talk. He remembered that I am a Christian, so he asked me where I’m going to church. When I explained that I’m not actively involved in church right now, he said, “You should come to church with me. Want to come this Sunday?”

Alim was raised Muslim but, upon moving to the Bible Belt of America, couldn’t help but be curious about Christianity, so he started visiting churches as a part of his self-described “exploratory phase.” And so God used this Muslim-turned-Christian-church-attender to invite His wayward Daughter to attend church services again.

It’s a wonder I don’t get stopped by airport security more often, because apparently all Middle Eastern men take one look at me and assume that I, too, am from the Middle East. Either that or, “You look like you are from my country” is the most popular pick up line from that region of the world. 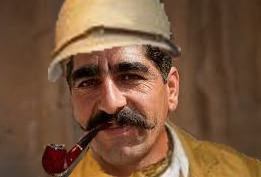 Three weeks ago, it was the Lebanese man by the milk cartons in the grocery store. Ten minutes ago, it was an Iranian man by the elevators in my office building. Who will it be next week – Colonel Mustafa with the candlestick in the library?

I get it, people. I have almond eyes and a long, regal nose. But all my ancestry points to Germany and Great Britain, not India (yes, I get that one, too).

I asked the Iranian man if it was my nose that made him think I was from his country (my schnoz is usually the culprit). Surprisingly, he said it was my eyes coupled with my voice. When he’d held the door open for me and I had thanked him, he said that my voice was “low, flat and even”.

Whatever, dude. That’s not my inner Iranian. It’s my INTJ stoicism. Genetically, I may be European, but socially, I’m all Vulcan.