How are y’all’s New Year’s Resolutions going? I am pleased to announce that I have legitimately worked out every single day this year so far. Never thought I’d be able to say that!

One of my new workouts of choice is yoga. In addition to increasing my core strength (strong is the new sexy!), it also helps me be present in the moment – something that doesn’t always come naturally to me, especially since I dislike my job, so being present is not always as pleasant an alternative as living in my fantasy world where I am the happily married princess of a chocolate empire who uses her plentiful free time to inspire young adults to reach their full potential through AuROARa Talks (you know, the new, up-and-coming version of TED Talks).

I am finding that much of yoga is about “yogi’s choice”, i.e. each person in the yoga session adjusting the workout to meet their particular needs. So, in those moments where I am tempted not to be present, I have found that this is a really great option for yogi’s choice:

I feel like God has given me four words for 2016: Discipline, Contentment, Light and Joy. Each of these words has come up repeatedly, either in conversations with friends, family, reading Scripture, prayer or even interactions with you, fellow bloggers.

Discipline is pretty straight-forward. I allowed myself to wallow and drift a bit in 2015, giving myself a lot more leeway because I was practicing extending grace to myself and receiving it from others. But it’s possible for that pendulum to swing too far, so it’s time to bring it back and show some self-control and accountability for my actions.

Every time the bible tells us to stop one thing, it tells us to do something else. Every time we are asked to give something up, we are promised something else. There is never a list of don’ts without a list of dos. In that vein, I want to speak less and listen more; make less statements and ask more questions. I need to rein in my tongue and practice using a filter. Cutting back on my love life, I plan to go on less dates and spend more time with friends and family. I want to eat less sugar and more vegetables. And I am going to watch less Netflix and do more exercise.

Contentment is a word J at Salvageable has spoken over me several times in the past month. And I know that the Apostle Paul set forth the example to be content in all circumstances. We are to rejoice always, pray continually and give thanks in all circumstances. Ugh. What a challenge for a shriveled, bitter heart like mine! But God continues to extend more and more grace to me.

One of the greatest sources of discontentment for me is my singleness. Not so much my singleness, actually, as my loneliness. I am profoundly lonely. I just long for a companion to share life with. But in the past week, in two back-to-back dinners, two of my married girlfriends have shared with me that their marriages are on the rocks and admitted longing for their days of singleness. Two other friends’ marriages were wrecked by affairs earlier this year. I’m only 28 years old, and already I’m seeing friends’ marriages torn apart?! I need to keep in perspective that singleness isn’t all that bad when compared to a difficult marriage. As one of my negotiating instructors once said, “No deal is better than a bad deal.”

Light is a special word to me that I sense God repeatedly speaking into my prayer life. All of the bible verses I’m clinging to right now have to do with light. “If you are filled with light, with no dark corners, then your whole life will be radiant, as though a floodlight were filling you with light.” -Luke 11:36

“I pray that your hearts will be flooded with light so that you can understand the confident hope he has given to those he called” (Eph. 1:18), and “Once you were full of darkness, but now you have the light of the Lord. So live as people of light! For this light within you produces only what is good and right and true” (Eph. 5:8-9).

“Live clean, innocent lives… shining like bright lights in a world full of crooked and perverse people” (Phil. 2:12-15). This is what I want for myself in 2016.

Lastly, Joy. I have always struggled to have joy. Once time I did a word study on how the bible says to have joy, and I think most of the verses talked about trusting God. When we truly believe that God is sovereign and in control – and that He is good and loving! – we are able to accept our circumstances with joy, trusting that God is working in and through us.

There are also lots of verses about being thankful in all circumstances and offering a sacrifice of praise (and believe me, it is often quite a sacrifice!). Cultivating gratitude and releasing control of my life are going to be key in accepting the joy I believe God wants to develop in me this year. “I pray that God, the source of hope, will fill you completely with joy and peace because you trust in Him.” -Romans 15:13

Yes, Lord. May this be the year of Joy. 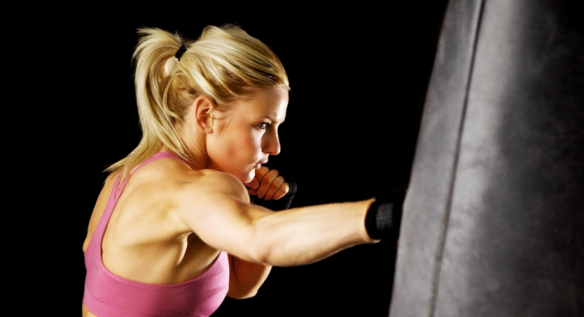 I have officially determined that there is absolutely no way I will ever exercise if it is not fun. I have, of course, made this determination through strict usage of the scientific method – namely, by observing years of failed New Year’s resolutions.

…Okay, I’m an engineer. It was a bit more scientific than that.

I would love to believe that I can just muster up the self-discipline to get myself to the gym or a running trail, but in the past six months, using that white-knuckling approach to force myself to be disciplined has only resulted in an average of 1.8 workouts per week.

I know, because I did the math.

In July, I worked out an average of 2 times per week. In both August and September, my performance went down to 1.5x/wk. October – 3.5x/wk (whoop!); November – 1.25x/wk; December – 1.5x/wk. Interestingly, October was also the month I felt the happiest this year. So if I’m going to make 2016 great, I need to get a handle on this exercise thing. Which means I need to stop thinking of exercise as exercise and more as a fun activity I have the pleasure of doing.

Being an analytics freak, I of course made a spreadsheet with some of my options, their associated costs, plus the travel times and distances to various gyms, parks, dance studios, etc. Only after doing all of this work did I have the epiphany that, really, the best form of exercise for me would be one where I frequently get to punch people in the face. Because that’s what I want to do all day anyway. If I could burn calories while punching people in the face, that would really be ideal.

I am always the one before the One.

Men, if you’re tired of singleness, come date me seriously and exclusively – six months is all I require – and boom! The next person who catches your eye will be your soulmate.

My college boyfriend – after convincing me to accept a job offer in his city and then taking me to look at apartments in his complex – subsequently broke up with me and was married to someone else within 18 months.

The first guy I seriously dated after college broke up with me and was married to someone else a year later. Another guy, Stephen, was married within nine months of breaking things off and, ironically, my ex-fiance and I ran into Stephen and his wife on the morning of the day that my ex proposed to me. I’m not currently on speaking terms with my ex-fiance, but if he’s dating anyone right now, I have no doubt she will soon become his bride.

I’m really great at fix-em-up projects. Is your California Dreamboat still playing 40 hours of video games per week? Is your McDreamy insensitive and unromantic? Does your Mr. Right have emotional baggage from his parents’ divorce? Or have commitment issues? Or is he unemployed or slovenly? Just give him six months with me, and I guarantee he will be primed and ready for marriage!

I am a magnet for broken men. I mean, we’re all broken in some way, but I have somehow always attracted wounded men. In college, male acquaintances would call me at 3:00 a.m. because they just found out their parents were going through a divorce, and they needed someone to talk to. As a working professional, I can’t count the number of times some man in the seat next to me on an airplane has struck up a conversation about his “impostor complex”… or his ailing mother… or his deepest regrets… or his current relationship issues.

In the past year, one young male friend has confided in me about a drug addiction that almost no one else knows about. Another guy told me about a vision he believes God gave him about his future, and he’s unsure what to make of it. Others have sought me out to talk with me about the death of a parent to cancer, walking in on their dad having an affair, uncertainty about job direction and all manner of other topics.

It’s always men. Women don’t approach me this way. Why is it always men? I have asked God many, many times over the years why He seems to have given me a ministry to men. Hello, God! In case you haven’t noticed, I’m a woman!!! The contemporary Western church tends to frown upon women ministering to men, particularly one-on-one, particularly about such deeply personal matters. I’ve even made a conscious effort to seek out female friendships, and still, it’s the men who come to me for soul-deep conversations.

I’ve frequently asked myself, when such situations arose, “Is this the work of God or Satan? Is this an opportunity from God for me to provide comfort and wisdom and hopefully share the Gospel with this person (as is often the case)? Or is this a trap laid by Satan to get me into a bad situation?”

I struggle because often there is a gray area; a blurred line between how much time I can spend with someone and how deep we can go before it starts to become unhealthy. I can’t imagine that Satan would be pleased with my sharing the Gospel message with someone, but I also can’t imagine that God would want me to bond and invest emotionally in someone of the opposite gender who is so broken and, frequently, doesn’t share my faith.

Usually I go out for casual coffee with a guy, and at the end of that one “date”, tell him that I am not looking for a romantic relationship. Every circumstance seems to require incredible discernment and, although I’ve gotten wiser over the years about which situations to allow and which to avoid, I still slip up sometimes (i.e. Cory).

Sometimes I wonder if this is a seasonal ministry. God made me beautiful, intelligent, mysterious and captivating. I get asked out on dates more than anyone else I know (I’ve been asked out twice in the past week). Perhaps I have been granted these gifts for the purpose of planting seeds of faith in men who would not listen to anyone but a beautiful woman. Perhaps I have been granted ongoing singleness for “such a time as this.” But my prayer is that 2016 is the year my ministry shifts from being male-dominated to being a ministry to women. Please, God? My heart is tired.