Isn’t it funny the things we remember? If you look back across the years of your life, I’d be willing to bet there are certain statements or conversations that you remember vividly; like you’re standing back in that same room with that same person, experiencing all the same sights and smells and emotions of the moment.

In the past few weeks, I’ve had three encounters that I can already tell are all going to become some of those vividly remembered moments for me.

I was blessed to grow up in the same house my entire life, and my parents still live in that house, so I have kept the same family doctor for, you know, a couple of decades. I recently went to him for a check up, and he heard for the first time about my broken engagement. Unfortunately for him, I was feeling particularly emotional that day (stupid female hormones), so I started crying right there on the examination table. 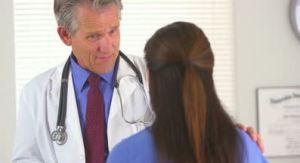 Instead of balking at my tears like I’d expect most fifty-something men to do, Dr. Stephens looked me right in the eye and said gently but with conviction, “You are destined for greatness. You are a rare woman, and it is going to take an equally rare man to compliment you. You are anything but ordinary, and you are being saved for someone who is equally out of the ordinary.”

Dr. Stephens didn’t say anything to me that I haven’t heard a hundred times from other would-be encouragers, but the way he said it was different. His tone was so intent and full of authority and earnestness that I, for once, really heard the words and believed them – because he believed them.

Between sniffles, I asked cautiously, “How do you know that? I mean, I know I’ve been coming to you for years, but you don’t really know me. We don’t really talk.”

He smiled knowingly and told me,

“I know you. I know where you come from. I know your parents – accomplished, high achievers – and I’ve watched you grow up. I know your story – the decisions you’ve made and the setbacks you’ve faced. You’re not a normal, typical patient, and you never have been. The questions you ask and the expressions that cross your face reveal more than you’d realize. You are not ordinary.“

He probably didn’t know (or maybe he did) that I would replay that conversion over and over again during the next few days… until God buoyed me with another unexpected encourager.

As with my primary care physician, I have been going to the same optometrist practice since elementary school, although the particular optometrist I see (no pun intended) changed several years ago when a new doctor was hired on and took over some of the patient base. 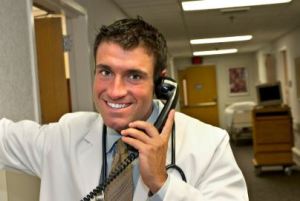 Dr. Grant has always had the best bedside manner of any doctor I’ve ever visited. He’s an attractive 30-something with kind eyes and a warm smile. He has a soothing voice, a ready laugh, and is one of those rare people who really hears people when they speak (yes, he’s already married for those of you who were wondering).

Dr. Grant always starts our visits by asking me what’s new in my life. “Did you go on another mission trip this summer?” He’s heard lots of my stories over the years, and he always remembers the details of what makes me who I am. This visit when he asked about my life over the last six months, I told him about the transition period I’m in  (job, church, love life and possibly geography change), downplaying my broken engagement by sandwiching it between the layoffs at work and the “church hopping” I’m doing (as a result of avoiding my ex-fiance at our old church). But Dr. Grant wasn’t fooled. He zeroed right in on the topic that gripped my heart.

He asked how I was holding up, and we talked for a few minutes – with rare authenticity and genuine care on both sides – about the reality of my 2014 so far. I knew Dr. Grant would have a kind and encouraging response, but I was not prepared for the way his answer affected me.

“You know what? You may not want to hear this or even be able to hear it right now, but in a way, you’re lucky. You’ve been protected from marrying a man who had serious issues that would have come out at some point during your marriage. And I know you. You would have honored the commitment you made before God, put on a brave face, and stuck it out in a heartbreaking marriage until he eventually left you anyway.

As with Dr. Stephens, he spoke with an authority – a knowing; a certainty – that made me believe him, too. I was comforted that he was so perceptive; he knew me so well, saw so clearly into my situation, and offered an assurance in full faith that it would come to pass. 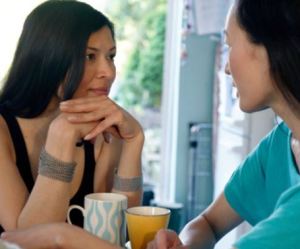 Lastly, I met a 50-year-old missionary named Ruth for coffee this week. Our paths crossed unexpectedly several days ago, and we forged an immediate bond. She asked to hear my story, and she provided some insight that has helped me change the way I view how God has been working in my life over the past five years through not just one, but two broken engagements of sorts. Ruth told me, with twinkling eyes,

“God has been protecting you. He knew you wouldn’t abandon these men, so He clearly intervened. Just think of how suddenly and unexpectedly both of their hearts were hardened, without either of them even understanding why. Neither one of them was able to give you a real reason.

“God is protecting you, and he’s also softening you. Your heart is so hard and so soft at the same time. It is so tender but so wounded and calloused over, but that will change with time. Just wait.“