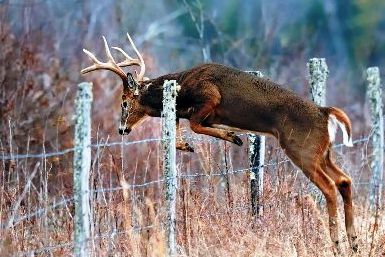 Seth took me out to the ranch for opening weekend of deer hunting this year. Although I’ve been to the range several times with my dad and brothers, I’d never been hunting before, and I’ll admit it was different than I expected.

For one, I was surprised at how peaceful it is in the deer stand. Seth and I woke up before dawn, bundled up in sweatshirts and jackets and drove quietly to the ranch, where we silently hiked to the deer stand on foot by the light of a single flashlight.

We sat mostly in silence from 5am to 7pm, spending fourteen straight hours together, quietly enjoying one another’s company and the scenic landscape around us. I think it’s the most reflective and introspective I’ve seen my outgoing, extroverted boyfriend. I’ve decided I’m a fan of the deer stand.

Our first day to hunt that weekend, we had some 6 points in our sights but decided to let them live and grow up for next season. When we still hadn’t gotten anything by sunset, Seth decided to shoot a wild hog that was tearing up the grass. He calmly lifted the rifle, aimed, and pulled the trigger. It went straight down.

Meanwhile, Seth hopped out of the stand, jogged to his truck, pulled the truck around, grabbed the still-warm hog by its feet and tossed it up into the back of his pickup. He quartered it, put it through his granddad’s old meat grinder, and threw it on ice. Then he got his ax and went to chop some firewood.

He’s the manliest man I know.

Peaceful as it was, I was proud of myself for sitting in the rickety, old deer stand for so many hours and not complaining about the lack of amenities (the bathroom was the bushes nearby) or the mosquitoes (that seemed to swarm me but left Seth alone). The chairs in the deer stand were stained and dirty, and every crevice along the wooden ceiling was filled with either a spider’s web or wasps’ nest. To a man, the deer stand is a little piece of heaven on earth, but I had to overcome fears to sit calmly amid the enclosed space. I would have preferred to be out in the open rather than trapped in the shack with the insects. I was outside of my comfort zone but wanted to cater to Seth, so I put on a brave face for him.

However, on the second morning, I decided if I was going to sit in that place for so long, I may as well be comfortable, so I tentatively voiced my concerns to Seth, meekly apologizing for being so soft and citified. He responded sweetly, hugging me gently and asking me to stay outside while he took care of things. Then he went to work lovingly tidying up our little “home”.  He moved with efficiency, reaching into the corners of the ceiling with his bare hands to dethrone the spiders and wasps that had taken residence there. He scooted beetles out of the shack with his foot, and he gingerly dusted off my chair to make me more comfortable. When he finished, he came back outside, took me by the shoulders, looked me full in the face and said tenderly, “Thank you for telling me. I’m a man. I don’t even notice these things. I want you to be comfortable, and I’m happy  to take care of you when you let me know what bothers you.”

That night, I drove alone to the only grocery shop in town to buy ingredients and prepare a nice dinner for Seth while he finished cleaning our first deer of the weekend. The next morning, Seth got up extra early – 4am – to make a pot of coffee for me, even though he doesn’t drink it himself and in doesn’t even like the smell of coffee. We both spent the whole weekend serving one another; identifying each other’s needs and seeking to meet them.  When I told my dad about the weekend later, he commented, “It sounds like the boyfriend of the year is dating the girlfriend of the year.”

It’s true that Seth and I have seemed to find our stride. 2016 has been a good year for us, and I think we’re both closing out the year both feeling very cherished. I have high hopes for 2017, but during this Christmas season, I’m reminded to set my sights on the one True Hope; the only one who will never fail us; the One who came to save, redeem and restore. We are so blessed. Merry Christmas, y’all. 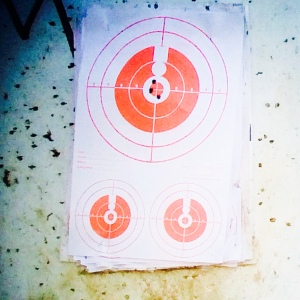