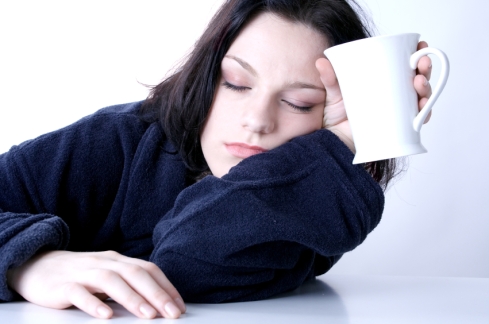 I got sick on Sunday night. Not just sick, but borderline deathbed sick. It’s possible that I should have gone to the hospital. Not to be graphic, but I had a stomach bug that left me spewing at both ends, unable to keep even water down for two full days. I was so weak and dehydrated that I nearly passed out multiple times and legitimately slept on the bathroom floor one night.

What I didn’t expect was Seth right there beside me on the bathroom floor – not because he was sick, too, but because he wanted to take care of me.

At 9PM Sunday night, Seth called and found out I was ill, so he came over with some Gatorade. When I stood up to let him out around 9:30PM, the movement triggered another round of violent vomiting, and when I finished convulsing over the toilet, I was astounded to feel Seth’s arms around me, pulling my hair back from my forehead and rubbing my back, telling me in hushed tones that I could do it; that I’m a strong woman.

After that, he refused to leave until about 3AM, nursing me back to health with sips of water and prayers over me while I lay half-delirious in bed. Although I am both mortified and beyond grateful that he stayed with me in that condition, at that point, I was too far gone to even be a gracious patient.

I don’t remember much of what happened, but as the fog of illness has lifted, I do recall telling Seth, “I’m sorry. My stomach is really sensitive right now. Do you mind brushing your teeth? Your breath is making me more nauseous.”

He accepted my criticism without complaint, lightly retaliating later by playfully ending a prayer with, “And God, when Aurora wakes up in the morning, please give her a strong desire to brush her teeth.”

Okay, fair. I was the one who’d been vomiting all night, after all.

Today I ate my first “full meal” since Sunday afternoon. And by “full meal”, I mean oatmeal and a banana. But I am thrilled to be out and about, back in society and functional again as an independent human being. Health really is something we take all too for granted. But I’m going to do my best not to do that. I want to make a conscious effort to remember to be thankful for my health. And for Seth.

I get sick every year at the season change.

When the blazing heat of summer fades to the coolness of fall, and again when the freezing winter temperatures warm to the sunny sixties of spring, I can count on getting a head cold.

Sure enough, we had a shockingly beautiful weekend here where I live – sunny and sixty-five with a light breeze. So, naturally, I woke up on Sunday morning with a sore throat and a headache. I can just feel the head cold coming on, despite the gallons of water and green tea I’ve drunk all day, the 800 mg of vitamin C I’ve pushed and the steroid nasal spray I’ve snorted.

I’ve become an all-out druggie in the hopes of kicking this virus before it takes hold, but today at the office, I discovered that maybe it wouldn’t be so bad to stay sick for a few days after all.

I get rebuked all the time for not spending more time at the water cooler socializing with my coworkers. In my end-of-year reviews, I am always told that I need to actually care what Sharon planted in her garden this weekend or how Donald’s football team did in their playoff game.

Even if listening to Gertrude’s twenty-minute dissertation on quilting techniques makes me want to claw my eyes out, I have been coached to at least pretend to take interest in my colleagues’ lives outside of work. Apparently productivity and efficiency mean nothing in the face of warm fuzzies and verbal petting.

Anyway, today when good ol’ Hank asked me about my weekend and I mentioned off hand that I spent all day Sunday feeling like I was coming down with a cold, he suddenly had to run off to a meeting. Surprised, I shrugged to myself, only to find (groan!) the ever-chatty Kathleen walking into the coffee area. She went on and on about her daughter’s work in Japan until I coughed and then suddenly *poof!* she was gone, too.

So I have discovered the silver lining to my seasonal sickness: I can play nicely with the other children, listening attentively to all of their adventurous tales of mediocrity for a full five seconds before coughing abruptly and watching them scurry away from me, fearful for their lives (or perhaps just their health).

It’s a win-win situation: They stay healthy, and I get to wander the hallways of the office in peace. Victory is mine.