When life gives you lemons, ask the government to make it into lemonade for you. After they have racked up expenses (to the detriment of the self-starters who made their own damn lemonade), the government will ignorantly gift you with bleach-laced lemonade, and as you lay dying in agony, you can surely find a way to blame your fate on those blasted self-starters with work ethic.

I got a speeding ticket last month. I was going with the flow of traffic, which happens to be 15 mph over the speed limit on the highways where I live. That’s what I get for driving a shiny new car.

As my last (and only other) ticket was seven years ago, I made the cop talk me through my options. The very next day, I mailed in my $114 check and the perforated slip indicating that I plead “no contest” and request defensive driving. I read through all of the documentation provided to me, but nowhere did it indicate if I had to complete defensive driving prior to my court date, so I stayed up late last night finishing the online course because my court date is scheduled for tomorrow, and I wanted to be sure I could overnight my certificate of completion if needed.

In reading through all of the ticket documentation, I understood that I did not have to appear in court since I mailed in my response ahead of time, but I called the court clerk just to make sure. After waiting on hold for what felt like an eternity, the clerk looked up my ticket number and informed me that they had never received anything from me in the mail. She also informed me that if I didn’t show up for court the next day, a warrant would be issued for my arrest. 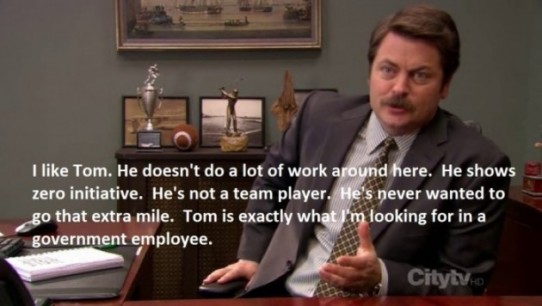 I asked the clerk how often municipal courts fail to receive their mail. The clerk sighed and admitted that she gets calls like mine all day. Considering that I used the provided governmental pre-addressed envelope to send in my forms via the United States Postal Service, I was floored.

A government employee wrote me a ticket and provided me with a governmental envelope, which I mailed via the governmental postal service to the local government courthouse, and somehow I was the one threatened with a warrant for my arrest! Also, the provided envelope was hot pink. How does the US Postal Service lose a freaking hot pink envelope?!?!?!

I work downtown just blocks from the municipal courthouse, so the clerk advised me to stop by on my lunch break and ask to see an annex judge. I debated walking, but it was on the other side of a highway, so I decided to drive the five minutes over to the court building.

When I arrived, I discovered that I had to pay $5 for parking. Annoyed, I swiped my AmEx card. The machine wouldn’t take it, even though it clearly indicated that it accepts American Express. So I slipped in a $10 bill. My receipt printed, but no change came. I mashed a bunch of buttons, and still no change came. Seething at this point, I stormed between clusters of seedy characters lining the stone steps up to the courthouse door.

I walked through a metal detector, asked the woman at the information booth to see an annex judge, was directed down a stairwell to the musty basement where I found Court 99. After I checked in, I was asked to sit in a certain spot on a certain pew partway back in the courtroom.

I started to check my phone, but I saw a sign indicating “No Cell Phones”. I figured I would entertain myself the old fashioned way by reading a book. Then I saw the sign that said “No Reading of Books”. Sighing to myself at the idiotic controls of my local government, I was about to start a conversation with the gentleman sitting beside me when I spotted the sign that read, “No talking”.

Wow. No phones, no reading, no talking, no food or drink, no breathing or scratching your nose… just exist. Sit there and think about what you’ve done. No thanks. I talked to the man beside me anyway. Nobody’s gonna call this girl a Rule Follower.

When it was finally my turn to speak with the judge, I started to explain how I’d mailed in my check and plea, but I just found out they hadn’t been received —

The judge interrupted me. “And did you send it certified mail?” I stared at her blankly. Why should I have to pay extra money to send a government-issued envelope to a government building via the governmental postal service?

“No,” I told her. She rolled her eyes and looked at me like I was a moron.

“Did your check clear?”

“No.” This was not going the way I had envisioned. I started to explain that I had already taken the defensive driving course, when she interrupted me again.

“You didn’t have approval to take the defensive driving course. We never received your paperwork, so we never approved it. Do you even know if it was a T.E.A. approved course?”

“I don’t know what T.E.A. stands for,” I told her, starting to get frustrated all over again.

Here I was, trying to be proactive, having sent in my payment the day after I got the ticket; then taking the initiative to go ahead and enroll in the defensive driving course and now standing in court a day early because I bothered to call ahead and discovered that I needed to show up in person to handle things. The government was the one who lost my paperwork, and yet I was being made to feel stupid because I didn’t follow their bitter bureaucratic process, which – by the way – was not clearly outlined anywhere! I know, because I looked long and hard for some semblance of guidance on how to navigate their bureaucracy!

My irritation must have shown on my face because the judge put on a face of superiority and said with steel in her voice, “You look like you are angry with me.” It was a challenge. Her face said with deadly silence, “Girrrl [insert Z-snap here], don’t you know I have power over you? I hold yo’ fate in these here hands. You best be showin’ some respect!”

There were lots of things I wanted to say in response to that – comments about the governmental parking meter outside, the cop who gave me the ticket, the unclear nature of their process, inefficiency of their system, the incompetence of USPS and the government in general… but instead, I gritted my teeth and said, “I am not angry with you.”

I am now to print off my $27 driving record, wait to receive my $25 (+ $35) certificate of completion from my defensive driving course, and return to the municipal court by the end of August to have the ticket dismissed… because I answered correctly by acknowledging my incompetence and inferiority to the Judge, The Man and The System. 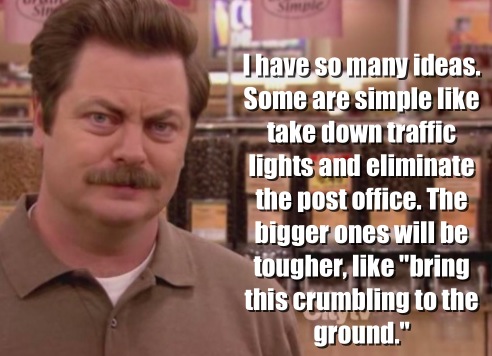