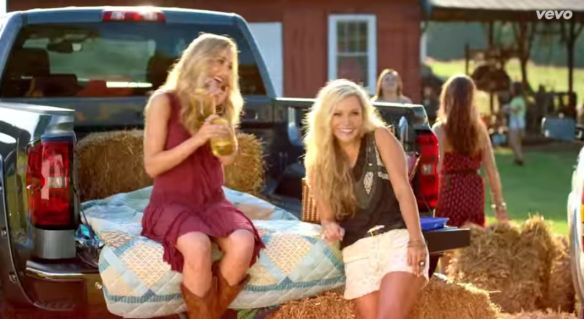 As a woman who loves old school country music and clever lyrics (especially if they involve stirring the pot), I absolutely adore Maddie & Tae’s hit single “Girl in a Country Song”.

The new “Bro Country” sub-genre of country music has been gaining popularity for years, arguably at the expense of any semblance of moral fiber in today’s society. These days, rampant sexuality is touted in country just as much as in rap or pop music. And in Bro Country, it’s always the woman who gets objectified in the celebration of moonshine-saturated tailgate parties and sleepless nights in the back of pickup trucks. 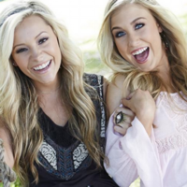 But 18-year-olds Maddie & Tae have offered the world of country music a different perspective. These two girls, fresh out of high school, have burst onto the country music scene with their first hit, which expresses the perspective of some of the women sung about in country songs these days. Some of their playful lyrical jabs may be lost on those who don’t normally listen to the country genre, but more seasoned listeners will pick up on the fact that these brave young girls didn’t shy away from poking fun at big names in country like Blake Shelton and Chris Young.

Have a listen, and see if you can pick up on their references to these song lyrics:

“Aw Naw, do you hear that song, the one that just came on… It would be so wrong if we didn’t dance once, show off those jeans you painted on, aw naw.”

“Whatever She’s Got” by David Nail

“She’s got the blue jeans painted on tight, that everybody wants on a Saturday night… And when she moves every jaw’s gonna drop, and I do but I don’t want her to stop… I want whatever she’s got.”

“When I first saw that bikini top on her, she’s poppin’ right out of the South Georgia water, thought ‘Oh, good lord’, she had them long tanned legs!”

“Drunk on You” by Luke Bryan

“Girl, you make my speakers go boom boom, dancin’ on the tailgate in a full moon. That kinda thing make a man go mmm hmmm. You’re lookin’ so good in what’s left of those blue jeans.”

“Hey girl, what’s your name girl, I’ve been lookin’ at you and every guy here’s doin’ the same girl…So hot, gotta give it a shot, gotta get a little bit of what you got.”

“I’m just ready to ride this Chevy down a little backroad. Slide your pretty little self on over. Get a little closer…put your pretty pink toes on the dash, lean your seat back, Man I swear there ain’t nothing looks better than that. Sweet tan little thing with nothing to do. I want to take a little ride with you.”

“Come on baby, don’t you keep me waitin’, I gotta go, I’ve got a reservation… Come on baby let me take you on a night ride, windows down, sittin’ on my side.”

“Boys Round Here” by Blake Shelton

“Get Me Some of That” by Thomas Rhett

“You’re shakin’ that money maker, like a heart breaker… Love the way you’re wearin’ those jeans so tight… I never seen nothin’ that I wanted so bad. Girl I gotta get me some of that.”

“That’s My Kind of Night” by Luke Bryan

“You got that sun tan skirt and boots. Waiting on you to look my way and scoot your little hot self over here. Girl hand me another beer, yeah.”

“Up All Night” by Jon Pardi

“I’ve been a thinkin’ about breakin’ in the weekend and not doin’ any sleepin’ So get in. Let’s take a ride. Baby, let’s go take a dirt road.”

“My Kinda Party” by Jason Aldean

“Baby if you’re in the mood and you can settle for a one night rodeo, You can be my tan-legged Juliet, I’ll be your Redneck Romeo.”