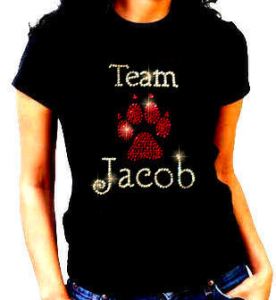 I’m tired of being misunderstood.

That sounds so emo as I type it out, but I am so indescribably dead serious: I am freaking tired of being misunderstood. It’s exhausting to constantly have everyone around me simultaneously psychoanalyze and criticize me for character traits of mine that aren’t even accurate.

My ex-fiance used to say that I was too stoic and emotionless. I tried to explain that I’m not without emotion; actually I have very extreme, intense emotions that I keep below the surface because of their magnitude and intensity. But he wasn’t perceptive enough to see them. Sometimes I would pretend to talk in a robot voice, but instead of thinking it was funny, it would freak him out, and he would yell at me to stop because it was terrifying to him to think that he was with such an “emotionless” woman.

This week at work, I found out that I didn’t get the promotion I was approached about. The reason the hiring manager gave me over the phone was that I come off as “standoffish and holier than thou” (his exact words). He encouraged me to dwell on the meaning of the quote, “People don’t care how much you know until they know how much you care.” I explained to him that the issue is not that I care too little, but that I care too much. He asked why, then, I am perceived as being so cold.

In the past year, I have had multiple suicidal coworkers call me in the middle of the night to be talked back from the ledge. Countless depressed coworkers have pulled me into a conference room during the work day to confide in me about their ongoing divorces or cheating boyfriends. Multiple lost, disoriented, confused friends have sought my wisdom and advice in hard situations. Complete strangers tell me their entire life story on a weekly basis. This week, it happened to be one of the Cavalry officers at my brother’s wedding. Do those strike you as recurring instances that would happen in the life of someone who is perceived as cold? Fuck no.

Stop freaking labeling me as cold, heartless, standoffish, arrogant… the list goes on. It’s not that I don’t care. It’s not that I have no emotions. Actually, the opposite is true! Think of Bruce Banner, the seemingly stoic scientist whose anger transforms him into the Hulk. “That’s my secret, Captain. I’m always angry.”

Think of Bella in Twilight. As portrayed by Kristen Stewart, she has a grand total of 1 facial expression. But underneath the surface, the reader is privy to a whole world of very extreme, very intense emotions ranging from single-minded infatuation to debilitating depression.

Probably my favorite is Kat in “10 Things I Hate About You.” Everyone thinks she is just a bitter, cynical, generally apathetic shrew, but in the end, we see that she had very strong, complex emotions that she protected from prying eyes behind a tough outer shell.

Just because you don’t see them doesn’t mean the emotions aren’t there. And just because YOU, Mr. Hiring Manager, have been told by your politicking cronies that I am cold and standoffish doesn’t mean that the rest of the office doesn’t see me for who I really am: a tenderhearted woman who has learned to share her softer side only with those trustworthy enough not to use her vulnerability as ammunition.